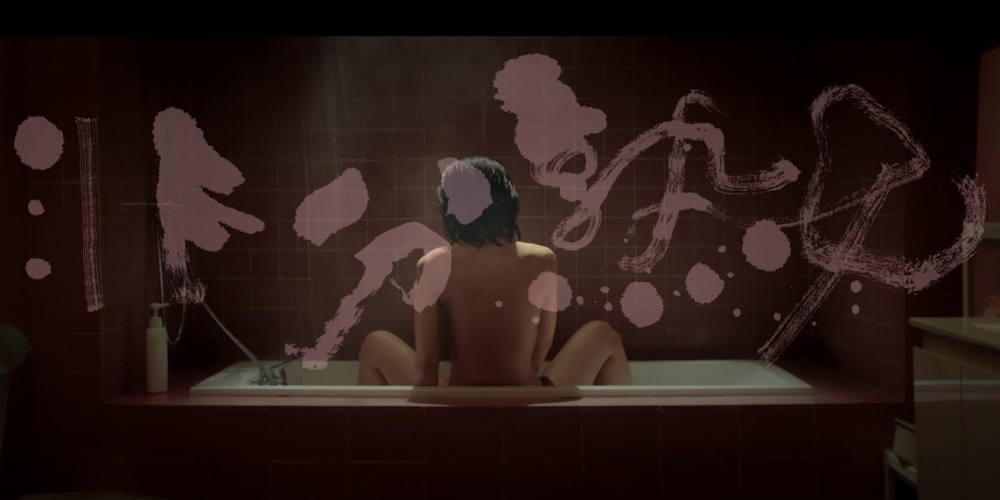 “Good storytelling should delight you, move you, perhaps make you think”

Storytelling has become a word that is used in a much broader context than in the past. What does the word mean to you and how do you look at the position of the term nowadays?

Mary Stephen: “Storytelling indeed has become a word that’s used much more often than before. For me it’s as straightforward as it sounds, telling stories, as we’ve always done, from pre-historic times to now, it’s just the medium or the method that may have been broadened. Whether it was drawing stick-figures in a cave or through augmented reality today (as my AR designer daughter does), the need for storytelling and the pleasure we human beings derive from it hasn’t changed. I think good storytelling should delight you, move you, perhaps make you think or perhaps not, but it touches a deep part of you.” 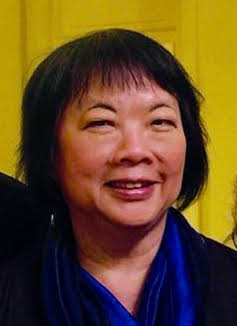 You have been working as a film editor for more than thirty years. How did the way stories are told in a cinematographic way evolve in these decades? Has it become easier or harder to tell stories these days?

“I don’t think that the way stories are told has changed essentially. But the medium and the method have. I’m one that insists on pointing out that film and television didn’t wipe books off the map, or television didn’t replace cinema, or VR is not going to take over flat cinema, (I’m not talking about any economic repercussions here, just the way that these forms of telling stories are co-existing), so I strongly believe and delight in the multiple possibilities we have today of telling stories, whether it’s through books, Bande Dessinée, animation, 2D or 3D cinema, television, AR or VR… It’s neither easier nor harder. Let me say it this way, it has always been hard to tell a good story well. It’s not because you have a good story that it’s easy to tell, in any medium. But today we have more ways to tell it. Each way, each medium is suited to certain types of stories, so there’s room for everyone and everything. And that’s delightful.”

“The way stories are told has not changed essentially, but medium and method have”

What have you learned about storytelling from working with director Eric Rohmer, who was an exponent of the famous ‘Nouvelle Vague’ movement in French cinema? Is this way of making movies still influential in the film business? Are there some visual examples for this influence?

“Eric Rohmer was a ‘Strange Flying Object’. His way of making movies is very unique, and I don’t think you can say it was “influential”… because it’s quite evident that hardly anybody nowadays can make a film the way Rohmer did, with a minimum crew of five or six people for a complete feature film (e.g. ‘A Summer’s Tale’) or dares to distribute their films without any prior press notices, and in one single venue without any notification about plot or cast (‘The Tree, The Mayor and the Mediatheque’).

However, if you’re talking about cinematic influence, then yes, and I’m always delighted and astounded to see that decades after his iconic films, younger generations of filmmakers all over the world are influenced by his cinema, with its pure and simple ways of storytelling, its elegant but unpretentious dialogues, its clever plots. These filmmakers are from USA, Japan, Korea, China… they range from Richard Linklater and Zoe Cassavetes in the United States to Ryusuke Hamaguchi and Koji Fukada in Japan to Hong Sang Soo in Korea (though he says he takes after Bresson more than Rohmer) to the recent Yuan Qing in China.”

What do you like about giving masterclasses on storytelling?

“In fact, I always say that it’s not a masterclass, but rather a ‘show-and-tell session’. Because I love to share what I do, with clips from the films I’ve edited, to illustrate my thinking and creative process of what I think may be a good way of telling a particular story for a particular director.”

In an earlier masterclass (see video above) you say there is only a thin line between fiction and documentary films. Why have these two disciplines become more closely related? And what chances does this situation offer for all kind of storytellers?

“I was already well established as Eric Rohmer’s editor in his fiction films when I started my documentary editing career being asked to edit several interesting feature documentaries by Chinese filmmakers. I also had the chance to work in Turkey and especially in a situation where documentary filmmakers are making fiction as well. Nowadays the line is more and more blurred, as we move into a style of fiction filmmaking that’s become quite trendy some years back with handheld cameras and naturalistic acting, imitating documentaries. On the other hand, there’s a style of documentary storytelling which is totally associated with traditional storytelling methods in drama.

This possible cross-over makes for very creative and exciting films. I’ve had situations where I’m advising or coaching young filmmakers from a documentary background making fiction for the first time, and often they may think that their footage is not slick or good enough for fiction. On the contrary! Everything is wide open nowadays, and they should just make the most of what they know best, and use it to their advantage, for instance using documentary filmmaking style to tell their fiction story.”

What are the big differences between western and Asian filmmaking? Are these two film cultures also becoming more closely related?

“Asian and western cultures are still very different. I don’t think that these are becoming more closely related in recent times. They may be more accessible to one another nowadays. Western cinema has always been accessible in Asia, perhaps too much so in the past. The other way is now also happening: Asian cinema has become more accessible to western audiences. This is one area, on the other hand, that I hope they will not become more closely related – in the sense that if we all become one and the same, then there is really not much interest in making Asian films, is there? It’d be like those fashion brands which have the same stores all over the globe, same in a mall in Hong Kong or Amsterdam or Toronto.

I feel that there are new exciting currents coming out of Southeast Asia right now. You can feel the energy and the freshness. In a way, though filmmakers and film students everywhere have been exposed to mainstream western cinema, there are still places in the world where this ‘mainstream’ film language seems to be a little bit lost in translation, fortunately, because in its place a rather new film language springs up. Such is the case in Thailand, and I feel that it’s also happening in Cambodia and other places in Southeast Asia. It’s very exciting and beautiful to watch this happening.”

Storytelling has become a major issue in marketing and advertising, because brands feel the urge not only to sell stuff, but also tell more about themselves: their purporse, their mission, their story. Storytelling is a crucial factor in this way of gaining brand awareness. How do you experience the growing influence of storytelling on marketing?

“This is interesting because there is a kind of convention of storytelling advertising in Asia. For example, I love watching Thaï ads or Korean ads, which are little humanistic films at the end ‘selling’ something like Insurance or Communication Systems et cetera. Therefore a good story told in a satisfying way will move people universally, it’s very clever to link that to marketing. And why not indeed. Heartwarming stories need to be told, and in so doing, elevate people’s consciousness, so much the better.”

What storytelling techniques are getting more important and could be of great use for marketers and ad agencies?

“I think that a good moving humanistic story which elevates our universal values will always be useful not just to marketers but fulfilling a social purpose as well. On the other hand, I think the delightful new storytelling techniques, whether in animation or AR or even VR, could certainly be used (and are already used) for advertising. In China there are web movies, one of which I edited, that are not overt advertising films, but brands finance these films so that their existence is in itself an enhancement for the brand’s involvement in culture or humanistic endeavours.”

Which techniques of film editing have been so heavily used that they are losing their effectiveness and should in fact not be used anymore?

“I don’t think there are techniques that should not be used anymore, only that fashions come and go, and some techniques may look or feel old-fashioned now. However, new filmmakers will always find clever use of old techniques. Something like split screen or multiple images or flashy cutting, these may be associated with a certain time period or a certain fashion, but used cleverly, or in reference to something specific, they can be renewed and enhanced and funny. Ludique, we say in French… perhaps it means playful?” 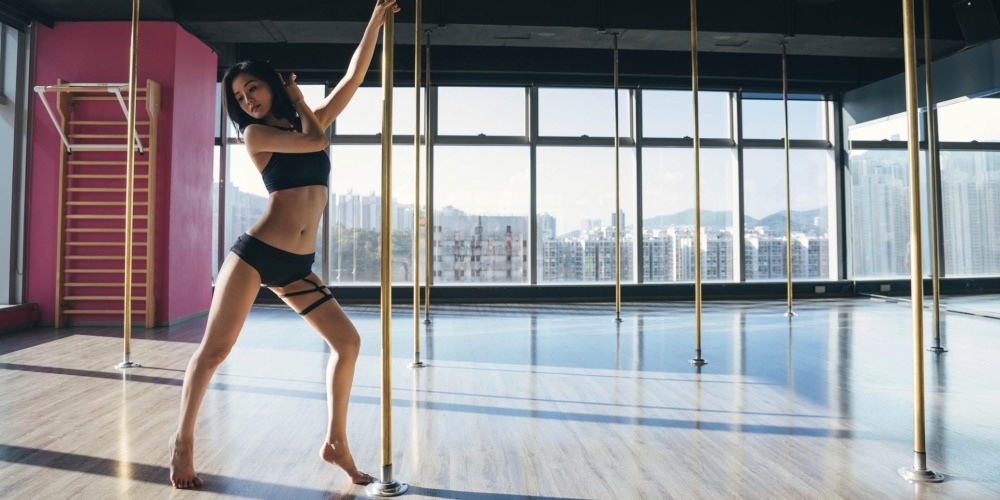